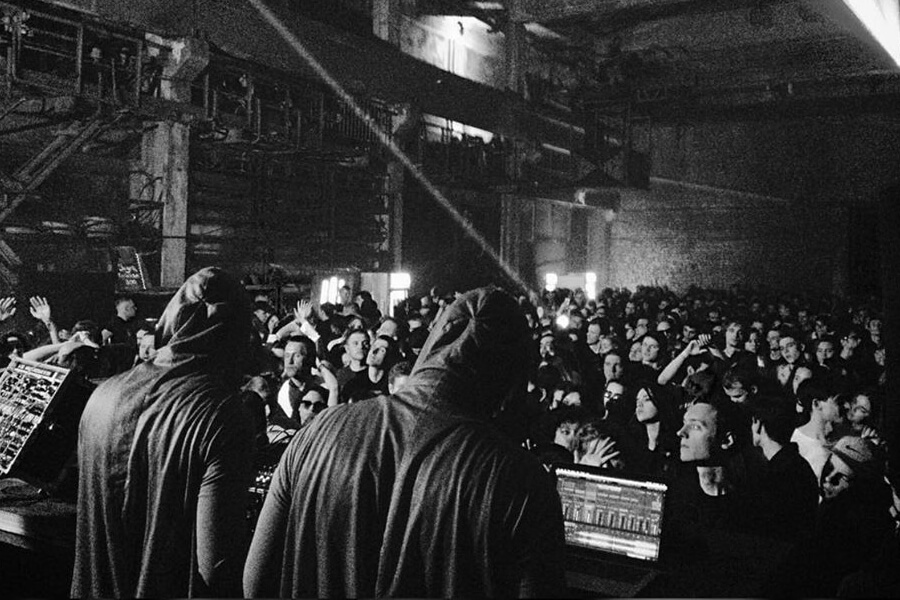 Coronavirus Clubbing on the Ghost Island

This hasn’t occurred in Taiwan, which has avoided the lockdowns that the rest of the world saw through swift action early on. At the start of the pandemic, like elsewhere, music festivals and club nights were canceled or shut down as part of social distancing measures. Some clubs eventually did start streaming—I myself played in one such stream, wearing a mask to try and encourage mask-wearing, and the police turned up mid-stream to check that the club wasn’t in full operation. But nightclubs eventually started back up again, with the COVID-19 situation under control.

As a small, relatively unknown island, Taiwan has long felt a sense of isolation from other places in the world. It’s not surprising, then, that nicknames for Taiwan have included “Asia’s Orphan” and “Ghost Island.”

International acts, of course, have been unable to travel to Taiwan since the pandemic started. I remember one of the last international acts to arrive was Marc Houle, though the initial show he was scheduled to play had to be changed around from its original venue. VTSS and Amelie Lens both canceled that week as well.

But as the pandemic wore on, there were increasingly performances by Taiwanese residents that normally reside abroad. Taiwanese DJ Elvis T, normally based in Beijing, played at B1. Tzusing, who divides his time between Taiwan and Shanghai, has also played a few times in Taipei and Taichung.

In the meantime, there have been vaguely dystopian art projects suggesting that post-coronavirus clubbing will have to take place with party-goers wearing masks and protective gear. Others have suggested that club culture may be permanently changed, if the coronavirus simply never goes away, or that society will have to alternate between periods of social distancing and regular activity until a vaccine for COVID-19 arrives, if this happens at all. I was reading the other day about the controversy that broke out after someone threw a rave with two hundred people in Brooklyn. Or an anti-mask rave in Toronto that culminated in two men with chainsaws taking to the crowd. So far, none of that here.

Certainly, the coronavirus has had an effect on the Taipei underground. One lesser-known venue, un:understand, closed after the pandemic started and never reopened. Most major underground venues do not seem to have been affected as much—though I’m sure business took a hit.

But the real danger was always social conservatism. Times of contagion, of course, tend to lead to stigmatization of minority groups and subcultures. One saw this, for example, with the massive backlash against the South Korean LGBTQ community after a cluster of cases was linked to a club in the gay-friendly district of Itaewon.

Club culture, of course, is often queer. And it tends to be populated by kids that the rest of society finds scary and dangerous, with tattoos and piercings and all that. Club culture can also be political, in a way, that vested political interests find threatening. There were a few Black Lives Matters club nights in past weeks, for example, and I’ve been to more than one rave-like political protest over the years.

All it takes is one incident, such as one coronavirus cluster linked to a club, for there to be a massive chilling effect on the scene. Though this could take place in any club, the underground is likely to be particularly affected—after all, larger, more mainstream clubs tend to have more resources to survive in times of financial duress such as the hit to business caused by COVID-19, and are better equipped to fight off efforts at shutting down clubs from the authorities.

And this has happened in Taiwan before. The major reason venues close in Taiwan, like with the Shida Underground incident of the early 2010s, is because of pressure from neighbors. A fire in Taichung around the same time led to the effective erasure of nightlife in Taichung, Taiwan’s second-largest city outside of Taipei, for some years. Local politicians tend to be the ones that jump on the bandwagon of forcing venues to close, to try and please conservative local residents that view partygoers as just a bunch of noisy hooligans.

The Taipei city government has been proactive in efforts to try and create entertaining events, such as with the mixed successes of the Nuit Blanche nights that began to be held under the current mayor, Ko Wen-je. But there hasn’t yet been calls for governments to work with the nightlife industry, through the establishment of positions such as night mayors. The lack of institutional support and heavy regulation of nightlife has even, in the past, led venues to resort to registering as eateries instead of venues, so as to avoid scrutiny—this included even major venues among the largest independent performance spaces in Taiwan.

Few politicians have called for greater government support of the entertainment industry. Some have been fringe politicians, such as Mark Lin, who tried to attract the youth vote in 2018 local elections by promising to organize “Crazy Fridays” if elected mayor of Tainan but, unsurprisingly, lost out to more serious candidates. Another voice is politically progressive legislator Freddy Lim, the frontman of symphonic death metal band Chthonic, who went from activist musician to legislator. Lim was one of the founders of The Wall—one of the preeminent independent music venues in Taipei—which used to double as the underground nightclub Korner during late-night hours. For many years, Korner was the reigning king of the underground scene.

At the same time, past incidents are an indication of the challenges that the underground still faces. Though they were previously a regular feature of the underground, it became more difficult to hold freetekno parties and off-the-grid raves after a murder took place in an artistic commune in Huashan Park in central Taipei in summer 2018. What drew particular controversy was that the week after the murder—before the body had been discovered and when the incident was still thought to be a disappearance—individuals associated with that commune threw a massive underground rave in an abandoned subway station located below that park that drew probably somewhere between 500 and 1,000 people.

Another major incident took place in 2014, after a police officer was beaten to death in what was thought to be gang-related violence outside the mainstream clubbing district by the ATT Fun shopping mall. The incident forced some clubs to close or rebrand. There are other examples—most usually involving two rival gangs showing up at a club at the wrong time and getting into an altercation—which have simply received less scrutiny in the media.

Such incidents are more likely to take place at mainstream clubs and more commonly take place outside of Taipei, with gang activity being higher outside of the capital. That’s probably for the good of the scene, seeing as the Taiwanese media—which tends to be predominantly focused on what takes place in Taipei to the exclusion of other locations—tends to be all too happy to label young people as decadent miscreants, and would harp on it endlessly.

So, in this way, the COVID-19 pandemic has also been a time of caution for the underground. Clubs need to stay operating, otherwise they won’t survive—and the financial management of underground venues is always precarious. At the same time, it would be very easy for clubs to be targeted during the pandemic by the forces of social conservatism, given past precedent, and this leading to loss of what should be viewed as community spaces, more than anything else.

But that maybe goes back to the nature of the underground, which exists on the peripheries of the mainstream, sometimes intersecting with it, but otherwise keeping out of sight. Maybe that’s where the ethos of the underground comes from, to begin with.